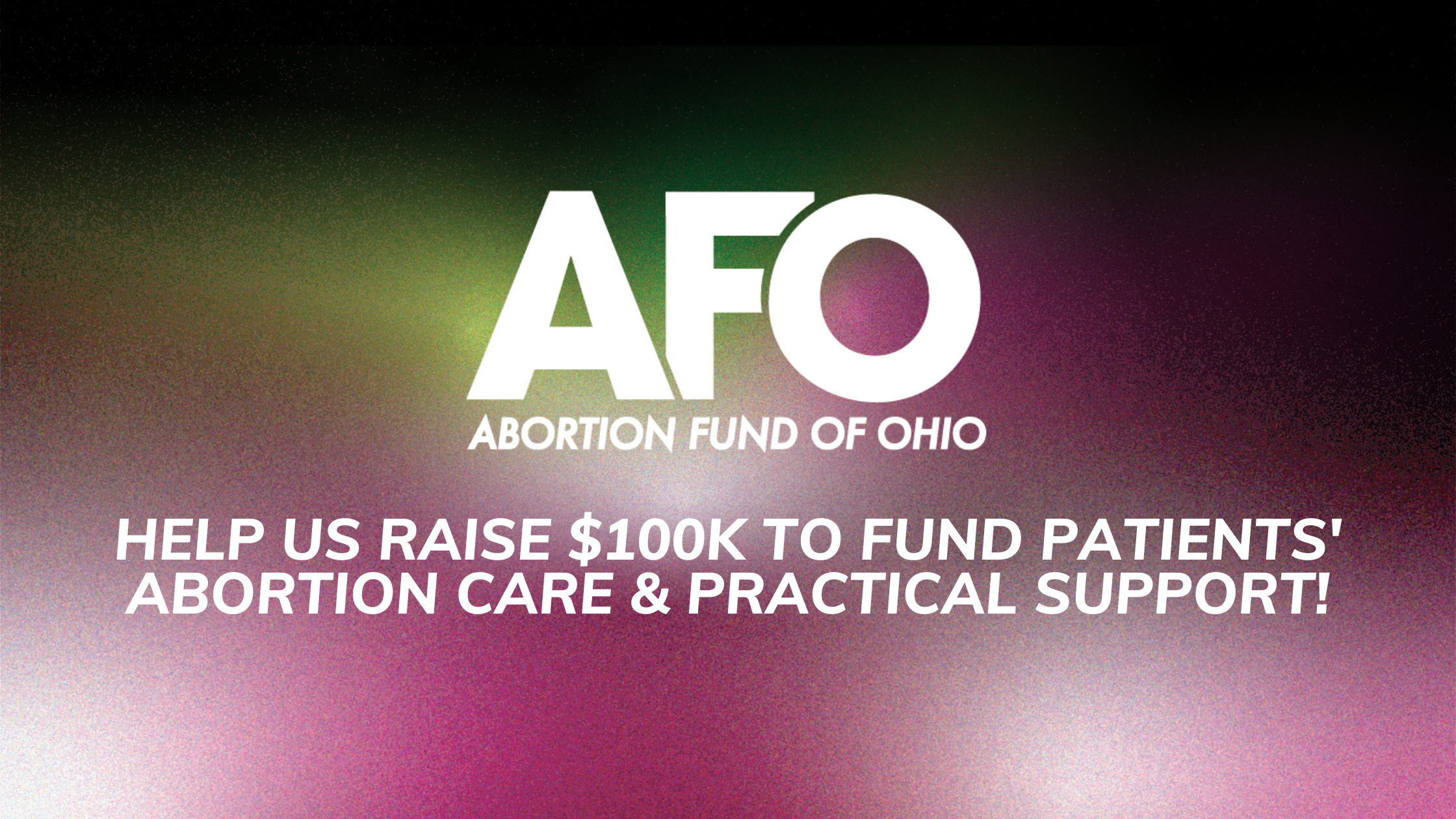 When hostile Supreme Court Justices gutted what was left of Roe in June, Governor DeWine immediately jumped to enforce a dangerous 6-week abortion ban. This ban was in effect for almost three long months and forced people to flee the state if they needed an abortion at a clinic. Despite the hostility, Abortion Fund of Ohio was able to meet the moment and continue to show up for our communities thank to you.

The impact of stripping us of our bodily autonomy was swift and severe. Ohio’s 6-week abortion ban has brought chaos on abortion seekers, their families, and our communities. The Court has especially failed Black, Latine, and Indigenous people who are disproportionately harmed by abortion bans due to this country's legacy of racism and discrimination.

Help AFO raise $100K to make a bold impact on the lives of abortion seekers in 2023! Contribute what you can, start a fundraiser, and share with friends.