Our Statement Supporting the Direct Action at Anti-Abortion Church Event 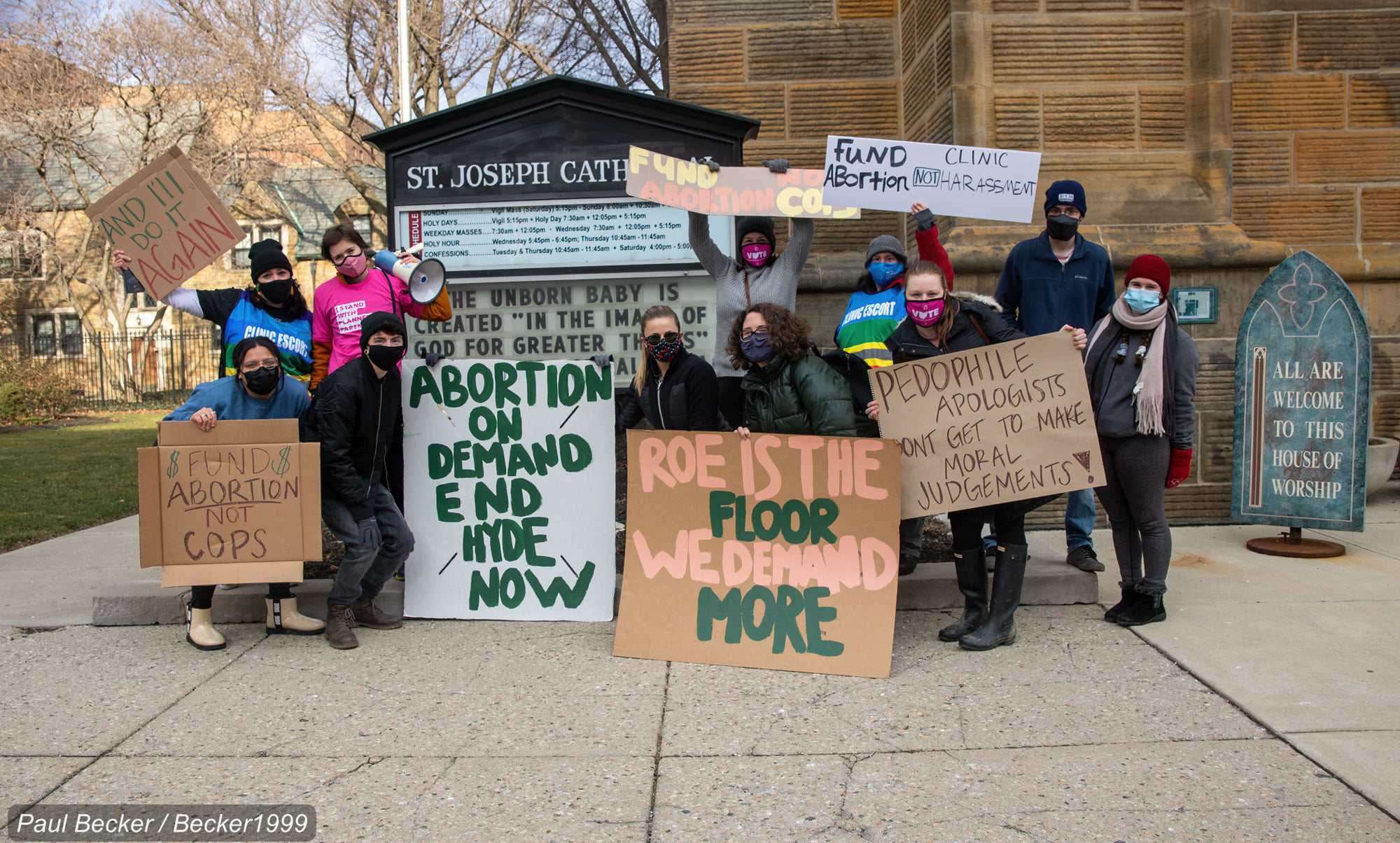 BACKGROUND: On January 22, 2021, a group of local leaders entered St. Joseph Cathedral in Columbus, Ohio, during an event explicitly dedicated to anti-abortion political advocacy and ideology.

We, the Board and Staff of Women Have Options - Ohio, issue this statement in support of the direct action of local abortion leaders who disrupted an anti-abortion event at St. Joseph’s Cathedral on the anniversary of Roe V Wade.

For many years Ohioans have been subjected to ever-increasing and dangerous legislation that make abortion inaccessible. The legislative and financial barriers to reproductive care access are systematically created to disproportionately impact Black people, Brown people, people living with low income, people who live in rural areas, and members of the LGBTQ+ community. The anti-abortion movement has long used the structural power of the church, white supremacy, police brutality, and state violence to control reproduction and access to care. Given that, WHO/O uplifts the mission of the protestors to call attention to the targeted harassment of Abortion Clinic Staff, Escorts, and Clients that is supported by St. Joseph’s Cathedral.

The events at St. Joseph’s show the history of structural violence repeating itself, a group of local leaders protested a public anti-abortion event at St. Joseph’s after watching their bodily autonomy be stripped by anti-abortion politicians who got elected with the funding and vocal support from the Roman Catholic Diocese. After less than a minute of chanting and holding signs they left. Despite the nature and short duration of this protest dozens of Columbus Police officers responded and violently assaulted the handful of peaceful protestors. Specifically, it is not unnoticed that the charging officer listed is Officer Zachary Rosen, who murdered Henry Green, stomped on the head of a handcuffed Black man on video, and has never been held accountable for his actions brutalizing our Black neighbors. We recognize that the Anti-Abortion Movement, Columbus Police, the Columbus City Attorney Zachary Klein, and the Ohio Attorney General Dave Yost use the threat of state violence to control and silence abortion advocates. We are disappointed and disturbed to once again see taxpayer funds being used to carry out the whims of a radical anti-abortion religious organization.

We understand that some in our community may be uncomfortable with the idea of bringing the message of abortion advocacy to a church setting, but we cannot ignore the reality that some religious organizations, such as St. Joseph’s have already made the choice to bring their violence and religion to the clinics where our callers seek care and compassion. We are a proudly pro-abortion organization and that means standing against those who put our patients, staff, and supporters at risk. The struggle is not between Abortion Advocates and people of faith, but between violent and radicalized abortion opponents and those who support safe, legal, accessible reproductive care. We know that people of faith are often advocates for people receiving the abortion care that they need. Even within the Catholic Church most people, 6 out of 10, support Roe v. Wade. As well, 73% of Americans do not want to see Roe v. Wade overturned. Aggressive anti-abortion radicals threaten clinics and terrorize patients in Ohio every day. Roe is the floor and not the ceiling, for many Ohioans abortion is a right in name only. Accessing the actual reproductive care depends on someone’s income, race, and ZIP code. The legal right to abortion isn’t enough, we need to expand access so reproductive freedom can be a reality for every person.

After a pattern and practice of spewing vile and hateful insults at patients, following patients to cars, and throwing rocks at a Toledo clinic these extremists claim protesting a public event is harassment. We ask that our community look deeper into the history and context of what led those protestors to bring their message to the church before decrying their methods.

We understand that as an organization we have no place in dictating to abortion storytellers, black women, trans men, low-income pregnant people, or anyone else who is uniquely targeted by anti-abortion violence how they should respond to those who oppress them and we invite our community to view this direct action through that same lens. Direct action is informed by the violence and abuse of oppressors and should not be taken out of context to be examined as an isolated event. That lack of context perpetuates the structural power and control of the oppressor as well as replicates the white supremacist values of what “appropriate, decent, or polite” people do. In the last decade, 24 unconstitutional and dangerous abortion restrictions have been forced through the Ohio State House by politicians from gerrymandered districts. The Roman Catholic Church has organized their resources to elect and control these hateful politicians under the guise of “love” and “faith”. The leaders who have now been charged showed up to a public anti-abortion event to hold signs and chant about the violation of their bodies and their rights. The Church, with the assistance of the State, responded by further attacking their bodies with criminal charges. The actions of the anti-abortion extremists of the Catholic Church give people of faith a bad name.

We call on our community and supporters to have a broader discussion about how radical anti-abortion rhetoric and actions are closely linked to violence over the past 30 years. The events at St. Josephs are a single moment in a decades-long campaign of radical anti-abortion evangelical and Catholic leaders to use fear, violence, and hate to not only restrict legal rights to reproductive care but to individually verbally and physically assault patients seeking care. We refuse to allow those who attack abortion clinic patients and staff, day in and day out to claim innocence when their actions are brought to their front door. Too often the burden of violence falls on the victim to accept it without fighting back or calling attention to the assault, the Advocates who demonstrated at St. Joseph’s responded to ongoing and escalating hate and violence with peaceful, albeit loud, calls for an end to the violence.

The charges against the Advocates are an insulting waste of City and State resources to pursue the religious agenda of a radicalized minority and is a violation of their first amendment rights to free speech, and peaceful assembly as well as their rights to bodily autonomy and privacy. Women Have Options/ Ohio, our people and our movement partners**, stand in solidarity with the Advocates and support them as they defend themselves against these politically motivated charges.