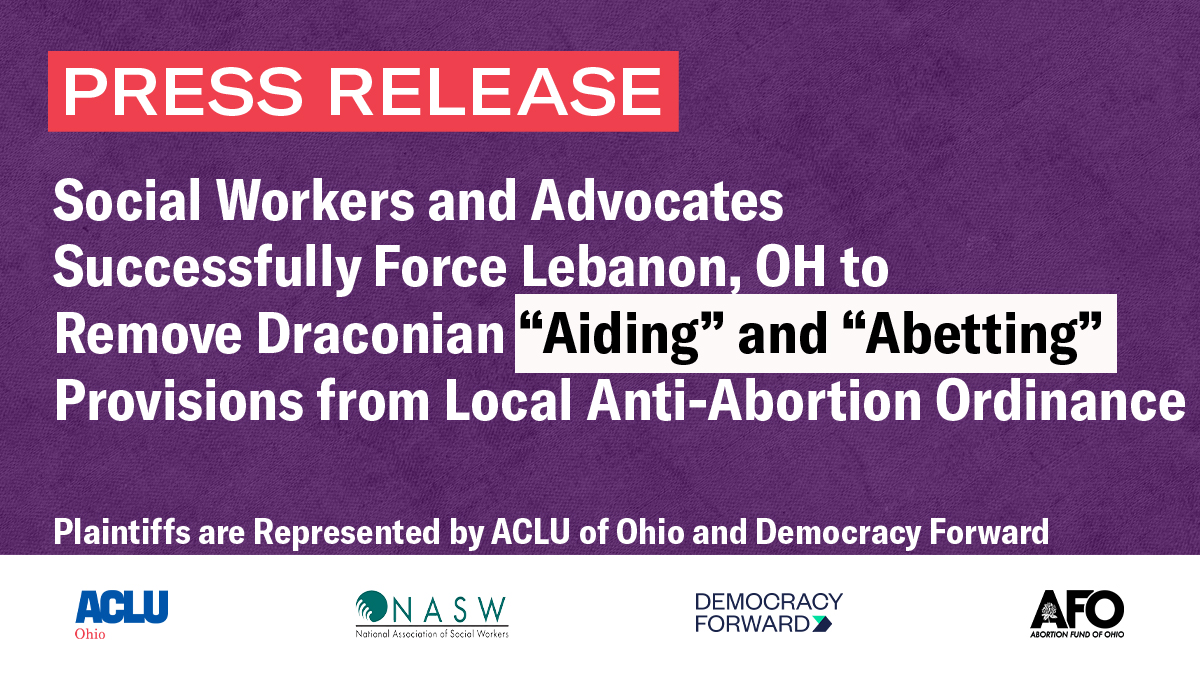 Today—alongside our friends at the National Association of Social Workers (NASW) & represented by ACLU of OHio and Democracy Forward—we've defeated the City of Lebanon, Ohio’s, attempt to prohibit “aiding” and “abetting” people seeking to access legal abortion services.

What’s that mean, exactly? To put it simply, the City agreed not to criminalize “aiding & abetting” patients, volunteers and social workers, & anyone for simply possessing medication abortion in city limits. Here's a breakdown of the changes to the City's ordinance: 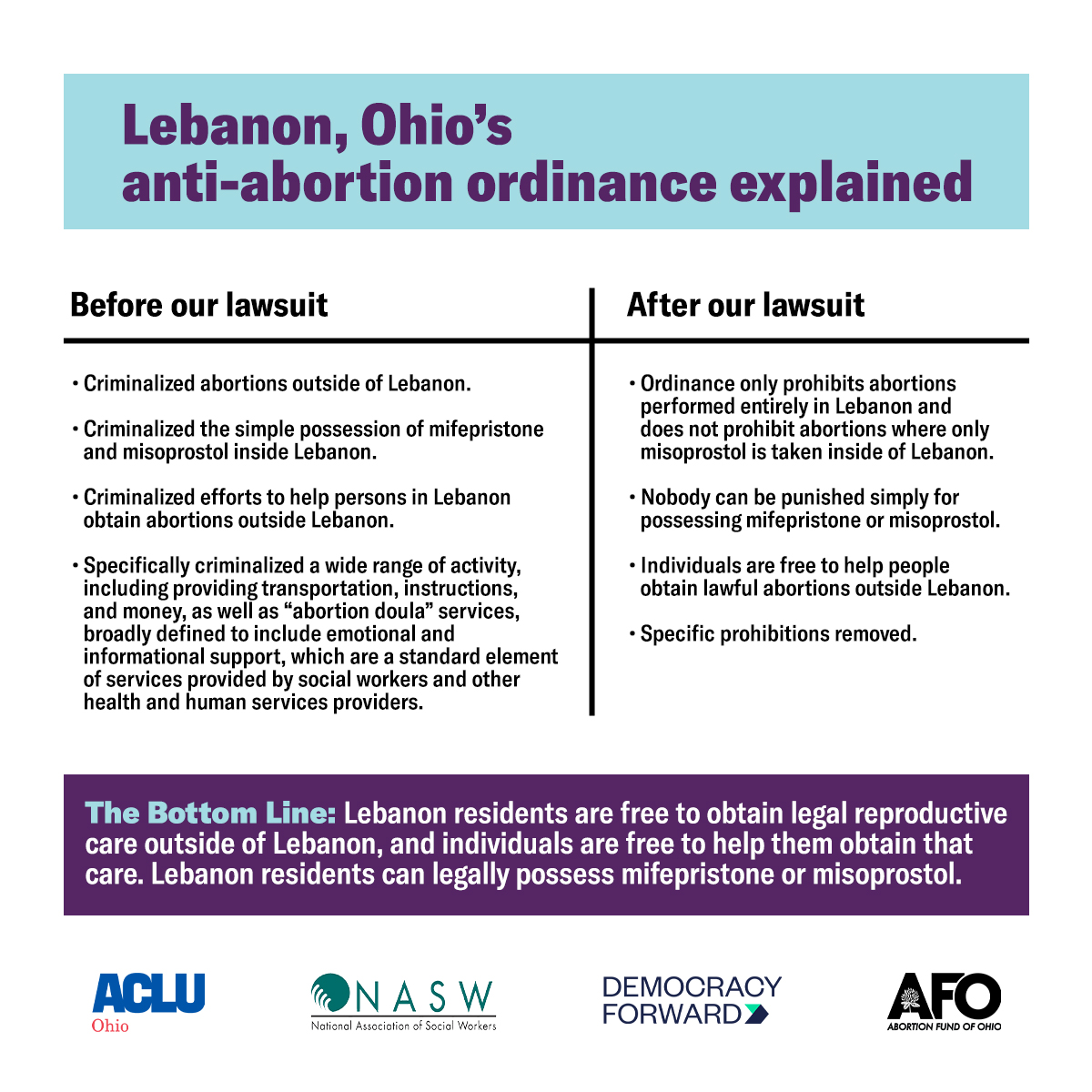 This case, National Association of Social Workers v. City of Lebanon, Ohio, was the first challenge to an abortion ban filed after the leak of the Supreme Court’s decision in Dobbs v. Jackson Women’s Health Organization that would overturn Roe v. Wade and Planned Parenthood v. Casey. Though much has changed since the City passed the ordinance in May 2021, the impacts this ordinance threatened remain unchanged. All attacks on our reproductive rights are rooted in extremist attempts to control the fabric of everyday folks' lives. Whether an attack comes from the Supreme Court or Lebanon City Council, our communities deserve so much better. Unequivocally, our right to access & provide necessary healthcare should not be subject to the whims of political actors.

Although the ban remains on the City’s books, it’s little more than a symbol of anti-abortion extremism. “Lebanon's fruitless ordinance wasn't the first—nor will it be the last—attack on our bodily autonomy,” said Maggie Scotece, Interim Executive Director of the Abortion Fund of Ohio. “This litigation exposes local ordinance bans as dangerous acts of political theater, and our lawsuit demanded accountability for the logistical and legal nightmare Lebanon's City Council created. This win is so unique in the context of our post-Dobbs legal landscape, establishing a strong, united front against these heinous attacks. We're incredibly grateful for the dedicated work of our legal team, our co-plaintiffs, and our community for supporting us as we fight for abortion access for all Ohioans.”

As we push forward in a Post-Dobbs Ohio, we're proud to continue fighting for abortion access on all fronts.