Your rights shouldn’t depend on what's in your wallet. It’s a new year and I hope one of your resolutions is to get more involved in Ohio's reproductive justice, rights, and health community! We need you!

Join us at one of our many upcoming events to get plugged in, ready to FUNd abortion, and advocate for abortion access in Ohio. We have a bunch of fun events coming up to celebrate the anniversary of Roe V Wade, to bust abortion stigma, and to directly support those having abortions in Ohio. Click on the pictures below to get all the details, RSVP, and invite all of your friends!

We are so grateful for you and we hope to see you soon!

Friends! I wanted to share the public launch of the Women Have Options/ Ohio abortion access driver program.

WHO/O is proud of our work to provide financial assistance for people seeking abortion care in Ohio for the past 27 years, but there are often many other barriers to abortion in addition to the cost of the actual medical procedure — traveling long distances to a provider, taking time off work, finding childcare, and other obstacles can put abortion care out of reach for many people.

Standing Together Against Ohio's Abortion Bans

Leaders, organizations, and individuals dedicated to working in the reproductive health, rights, and justice communities in Ohio vow to continue to center people who’ve had abortions and the people who may need them in the future by committing ourselves to working toward unapologetic abortion access and the realization of reproductive freedom for all Ohioans.

We are disappointed and dismayed, but wholly unsurprised by the latest attack on reproductive autonomy passed by the Ohio legislature on April 10, 2019. Ohio politicians have voted to enact one of the nation’s strictest anti-abortion laws, outlawing abortion procedures after only six weeks of pregnancy-before most people even know they are pregnant. Simultaneously, Ohio already has laws in place that make it very difficult for people to get an abortion, even very early in pregnancy.

Abortion is Still Legal in Ohio 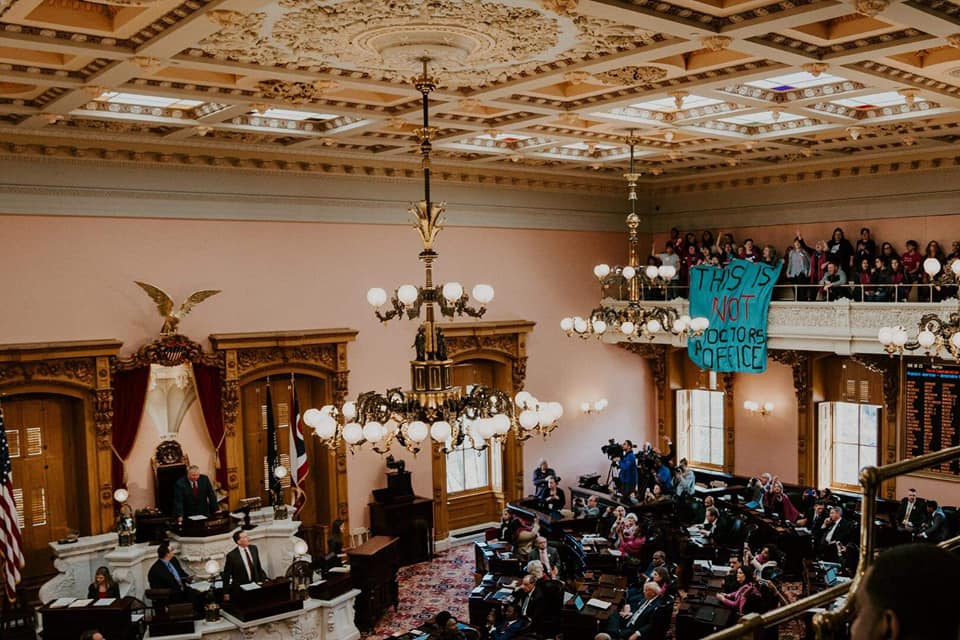 Yesterday, the Ohio legislature passed one of the most restrictive abortion bans in the country, Senate Bill 23, which effectively bans all abortion in Ohio. Specifically, procedures after 6 weeks – which is before most even know they’re pregnant.

With this news, know that OHIO'S ABORTION CLINICS ARE STILL OPEN! They're still providing compassionate, patient-centered medical care that is legal, and accessible. Our partner clinics work hard to help folks afford care through funds from Women Have Options - Ohio and other partner funding.

Women Have Options/ Ohio is officially announcing that we will no longer partner or accept support of any kind from Actual Brewing Company while Fred Lee is at or benefitting from the organization.  The decision to part ways with Actual Brewing Company as an event sponsor and supporter was made after learning of the reports of sexual assault perpetrated by Fred Lee, a founder and co-owner of the Columbus-based craft brewery. We were also informed this week that a reported incident of sexual assault happened at a WHO/O event, to a dedicated volunteer, and we are collectively horrified. It pains us greatly that anyone could be subjected to any form of harassment or assault, and we unanimously stand with all survivors.