Although Abortion Fund of Ohio—formerly WHO/O—has a long & storied history of helping Ohioans access abortion, we've only had paid staff members since 2016. From a single full-time staff member to a team of six, AFO is proud to employ passionate & skilled experts to do this work. Below, you'll find a description of our team's roles, their photo, & brief bio of each staff member.

As an abortion fund, direct patient support, navigation, and funding is our primary concern. This work is directly managed through our Patient Resource Coordinators and Program Managers. 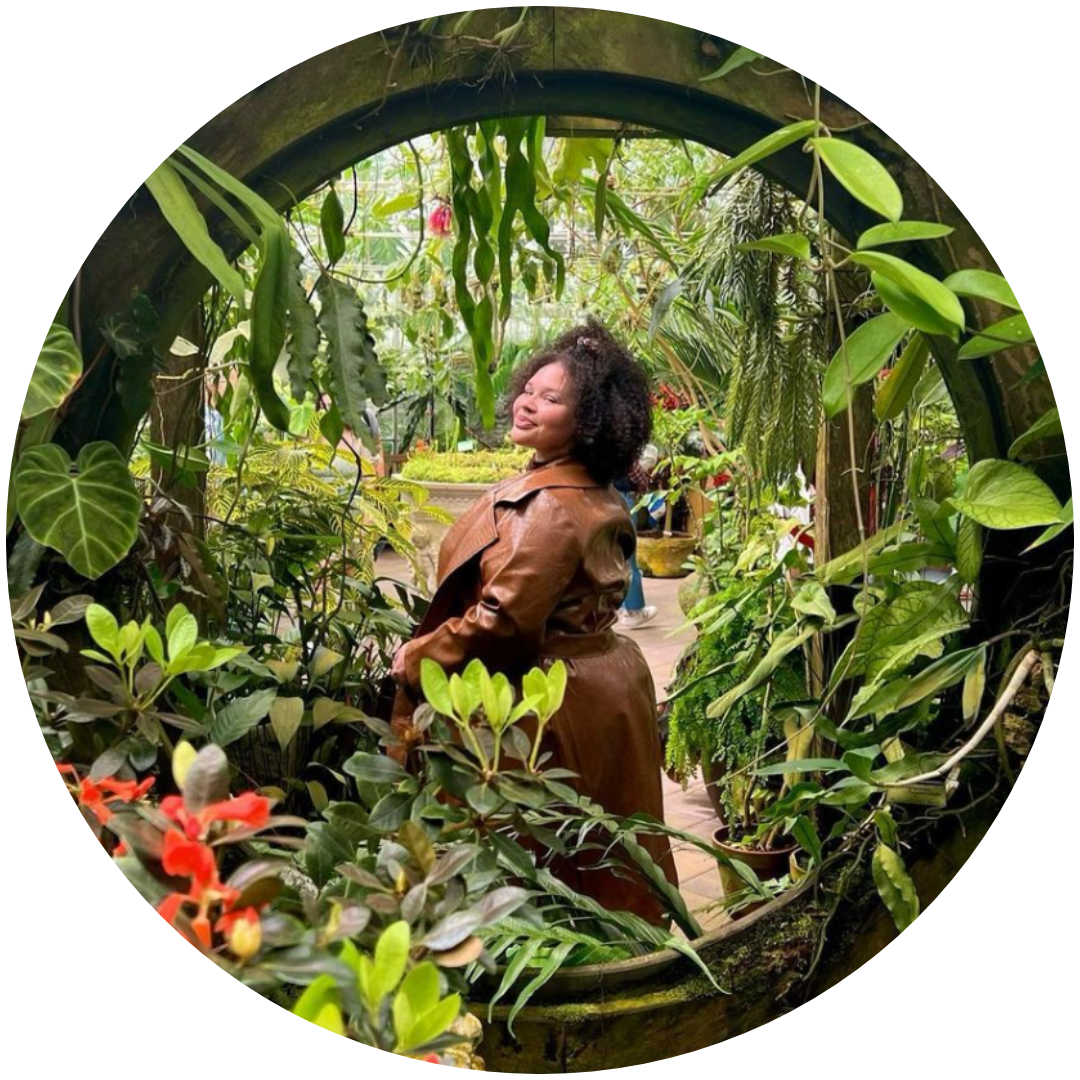 Born in Springfield, MA, Lexi is a first-generation college student and former foster youth passionate about abolition, Black liberation and the perseverance through generational trauma with mutual aid, community care, and trauma-informed care. In 2019, she earned a bachelor's degree from the University of Massachusetts in Social Policy and Trauma-Informed Education, focusing her studies on the school-to-prison pipeline. Lexi began working in the Reproductive Justice movement through the Reproductive Rights Activists Service Corps (RRACS) program at Hampshire College, which led her to intern, volunteer, then later join the Board of Directors of AFO.

Lexi is also the Co-Coordinator for Abortion Access with Advocates for Youth, where she works to ensure medication abortion is accessible to students at all public universities in Massachusetts. Ever the storyteller, she has worked with Color of Change—Liberated Bodies, the National Organization for Women (NOW), and We Testify to share her abortion story, destigmatizing & strengthening support for young people’s access to abortion. She has been featured in Business Insider, Cosmopolitan, The Trauma and Mental Health Report, Liberated Bodies, and The Century Foundation. 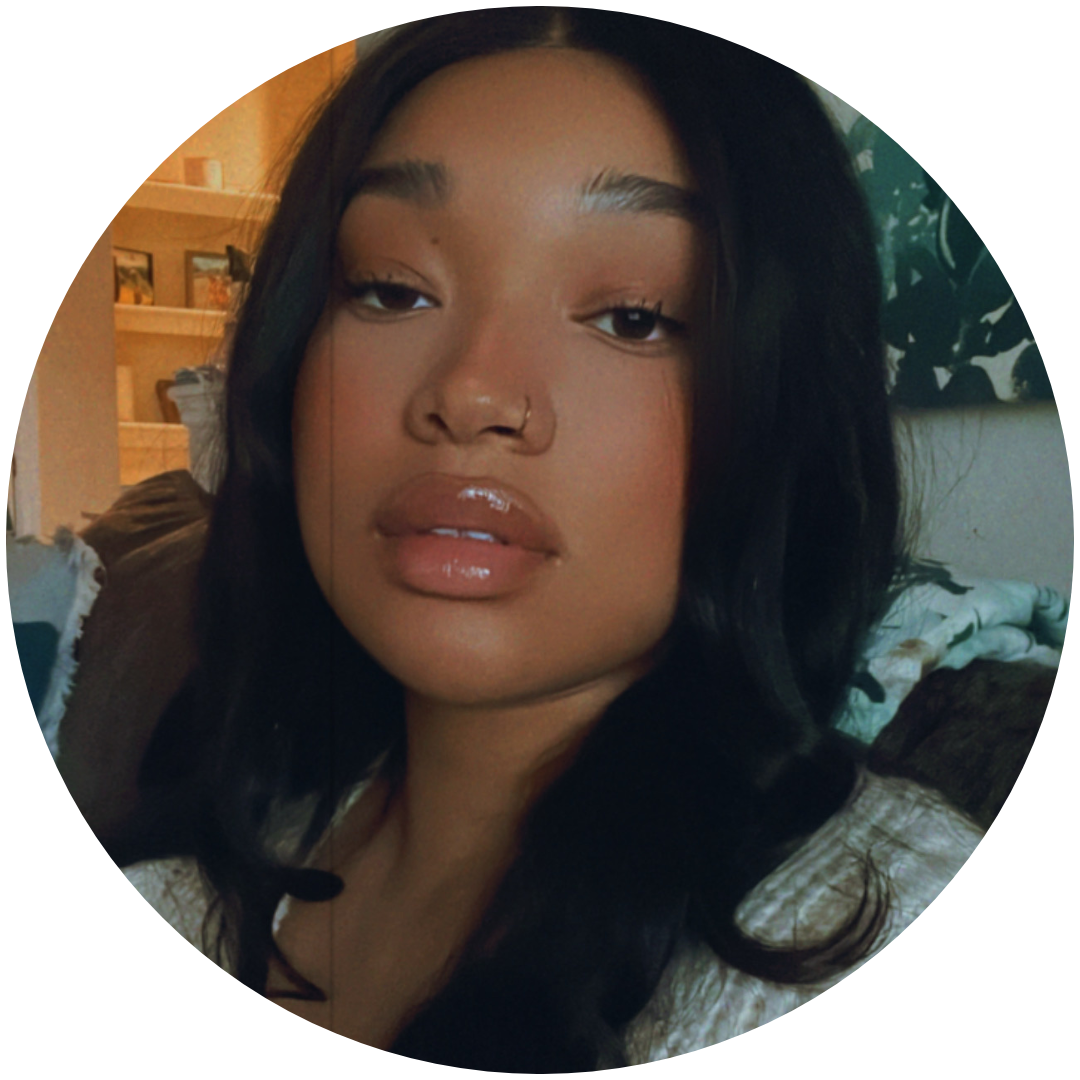 Symone (she/her) is an Abortion Storyteller and Reproductive Justice Activist from Indianapolis, Indiana. Since 2018, she has proudly shared her abortion story at the individual and organizational level, including with Planned Parenthood.

Symone joined Abortion Fund of Ohio (AFO) as a new Patient Resource Coordinator in August 2022. Prior to AFO, Symone worked as a care professional & nursing assistant, assisting folks with tasks for independent living and crisis intervention.

Her biggest fan also happens to be her furriest friend: a 5-year old pitbull mix named Arie. Symone brings vibrance, compassion, and energy to all that she does. In her recent free time, she decided to pick up pole dancing as a hobby! 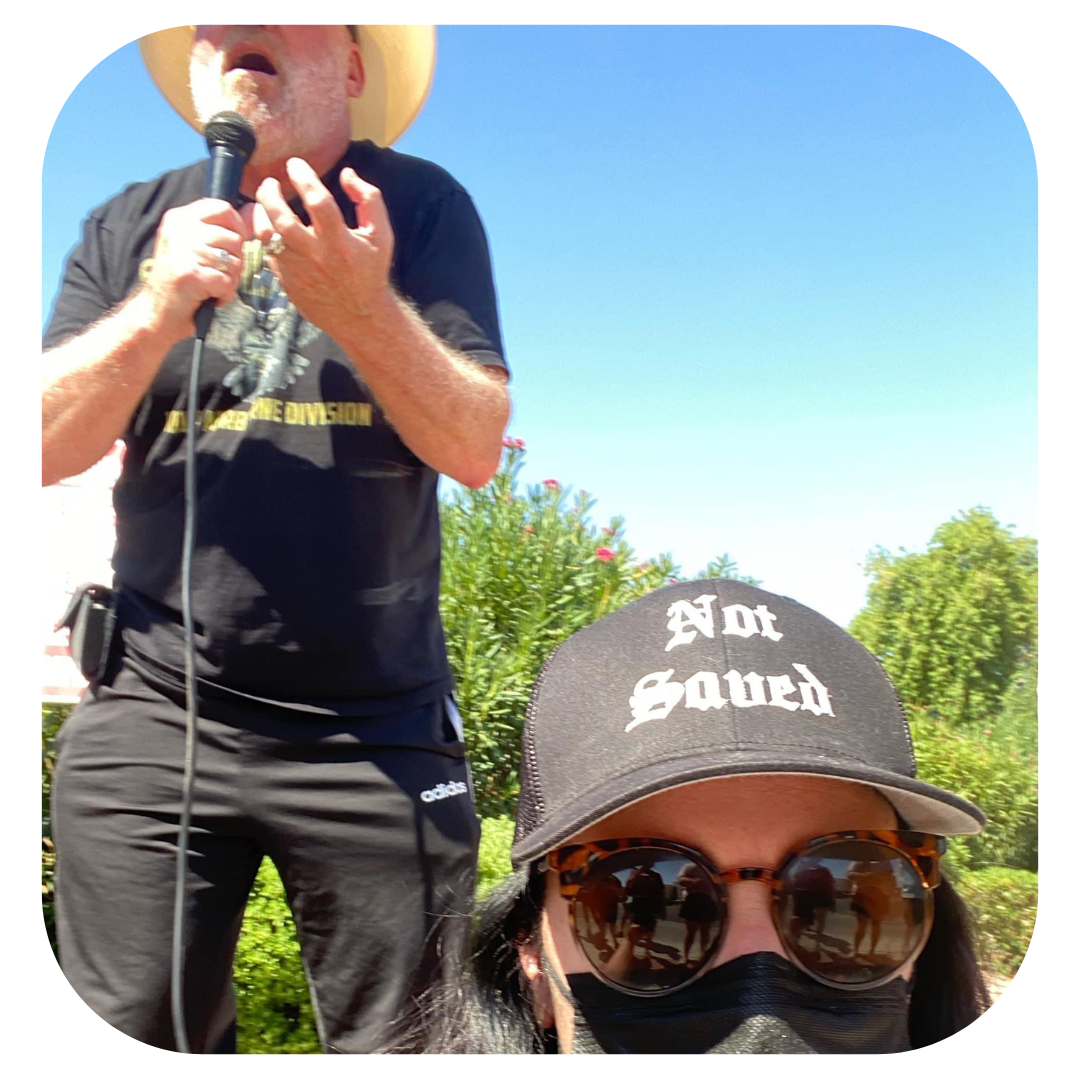 Michelle (she/her) is a powerful abortion advocate, abolitionist, and community organizer. She joined AFO in March of 2018 as a project fellow and now serves as a Program Manager of Abortion Fund of Ohio (AFO). She’s a lead clinic escort at Your Choice Healthcare and co-founder of Feminist Flag Corps. She has built AFO’s practical support and patient navigation programs from the ground up and continues to be dedicated to direct service for abortion seekers.

Michelle was also an early supporter of bringing Black Mama’s Bail Out to Columbus and was invited to be an inaugural board member for the newly founded Columbus Freedom Fund in the summer of 2020. Further, her work has been featured in The Morning After, Columbus Monthly, The Columbus Dispatch, Columbus Underground, and Buzzfeed News. 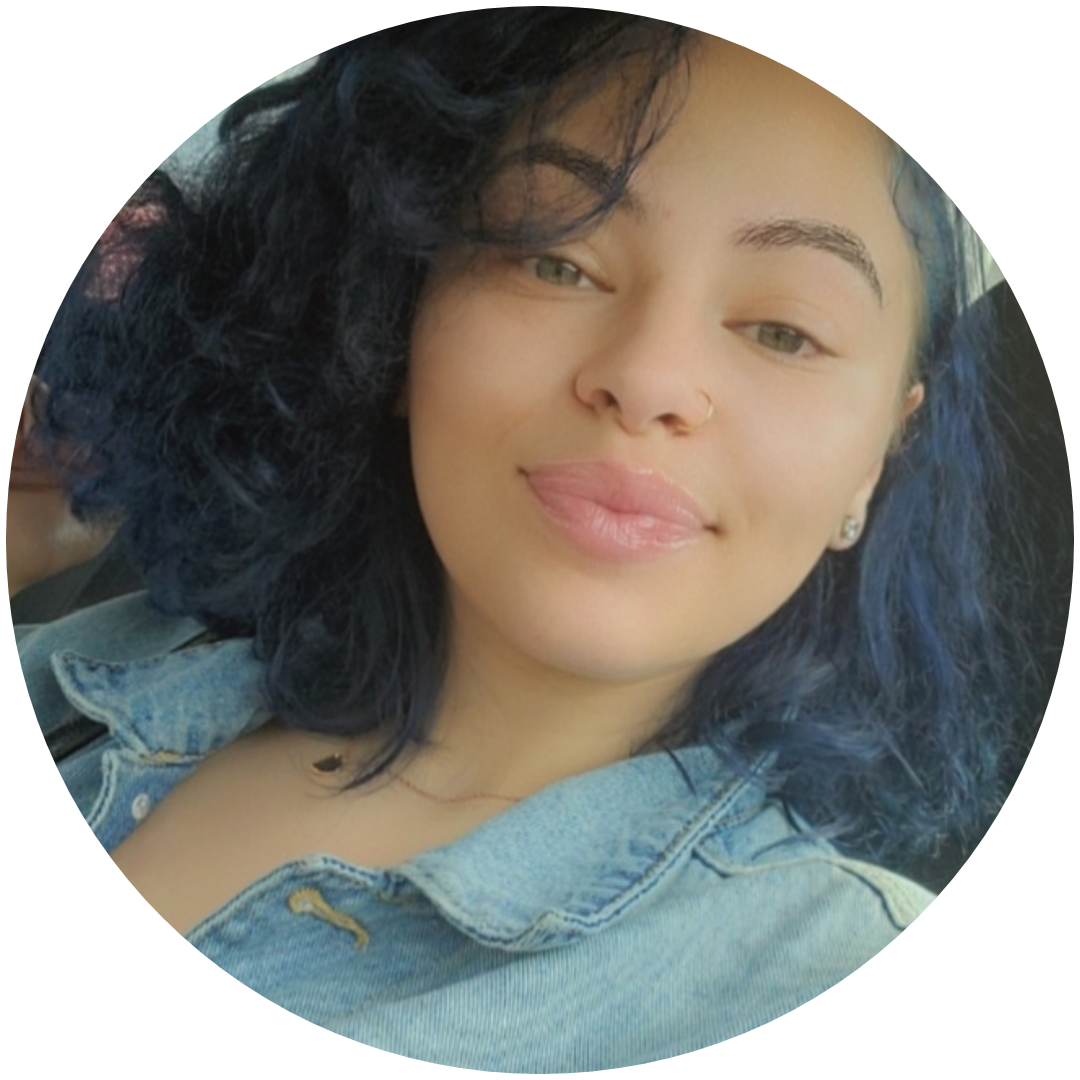 Taren Holliman (she/her) is a dynamic Reproductive Justice organizer, abortion storyteller, and  a new Patient Resource Coordinator for the Abortion Fund of Ohio (AFO). Before joining AFO, Taren worked as an Organizing Fellow and Regional Field Manager for Planned Parenthood of Southwest Ohio, working directly with patients, volunteers, and advocates.

In 2020, Taren earned a Bachelor of Science in Journalism from Ohio University, specializing in African American Studies and History. Her background in journalism and passion for Reproductive Justice drives her work to support abortion seekers while uplifting their stories.

Though AFO's administrative staff don't typically interact with patients, this staff is crucial for general operation of the organization. They manage the day-to-day operations, communications, grants, fundraising, and general functioning of AFO. 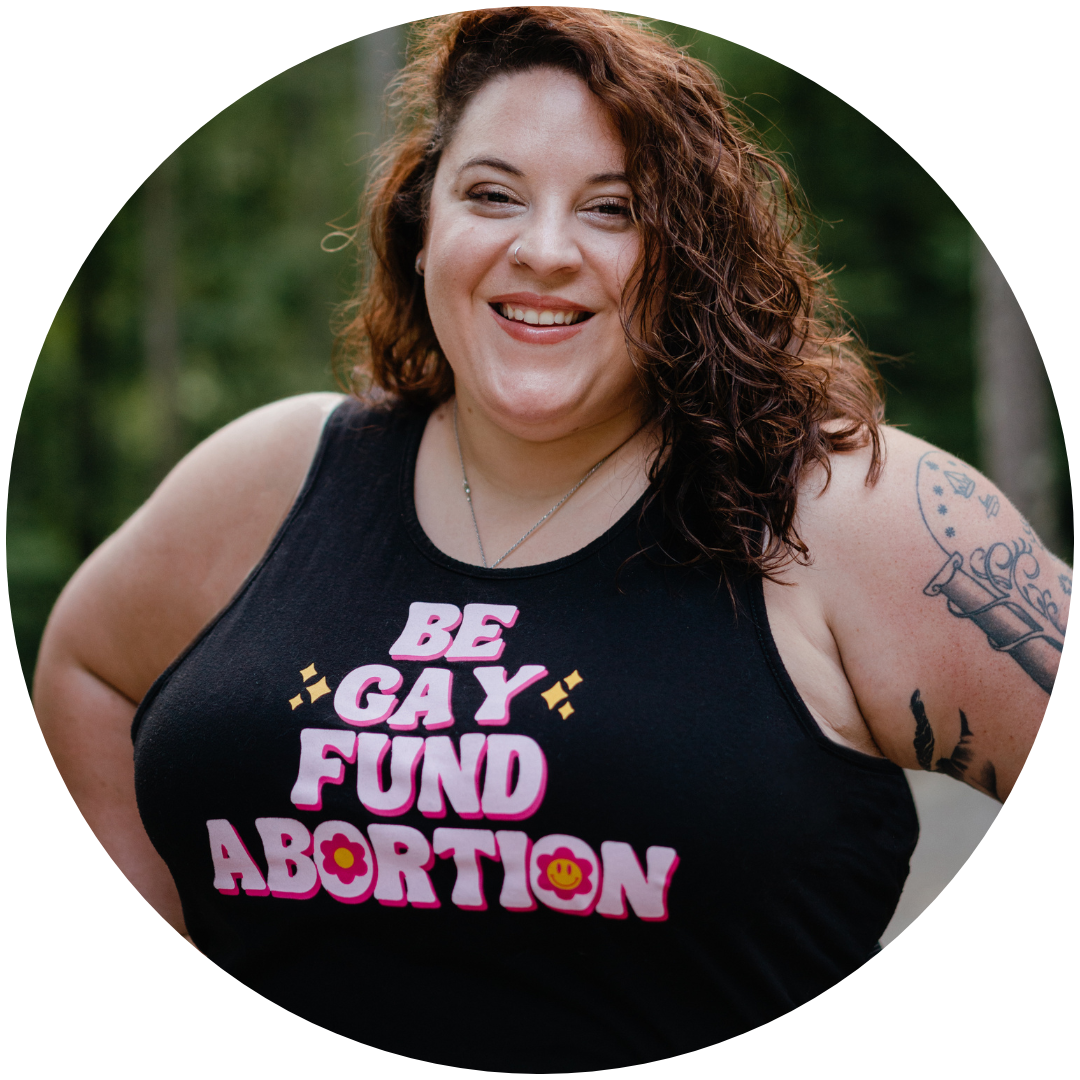 Maggie (she/they) is a long-time abortion advocate, doula, and former AFO volunteer & Board Member currently serving as the organization’s Interim Executive Director. Since transitioning to this role in February 2022, Maggie has demonstrated her dedication to uplifting the stories of those most impacted by the barriers in Reproductive Justice spaces. She is a licensed attorney in Ohio with six years of experience in civil-rights law and direct, short-term legal assistance.

Maggie has worked to make civic engagement and public policy conversations more accessible through her tenure on the Fair Districts Mapping Competition Advisory Committee and the Ohio Democratic Disability Caucus. They bring deep-rooted connections to Disability Justice organizing to their work at AFO, including their experience as a disabled activist and co-founder of the Supported Decision Making Network of Ohio.

Over the last decade, Maggie has played an active role in community organizing spaces, including her involvement with the Ohio Chapter of the National Lawyers Guild where she began volunteering on their Protestor Jail Support and Legal Helpline in 2020. Maggie continues to work with local clinic escort programs, Racial Justice organizing, criminal justice reform, and movement lawyering. 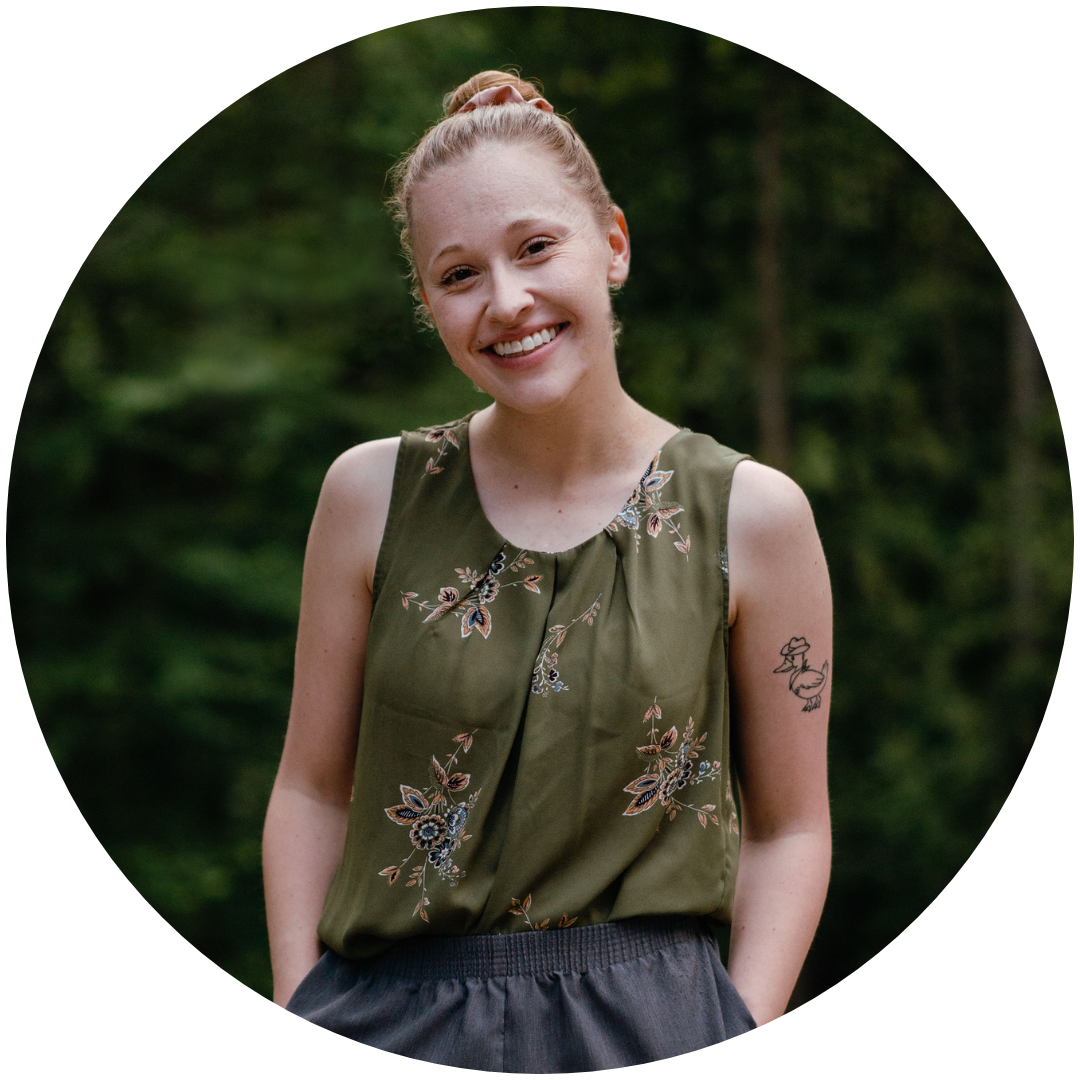 Sam (she/her) is a queer, disabled organizer & lover of mutual aid. She joined AFO in April 2022 as the Communications Contractor then joined full-time in June. Prior to her work at AFO, Sam worked in communications, policy, and outreach for Disability Rights Ohio, the Ohio State University's Suicide Prevention Program, and the United Way of Central Ohio. Outside her paid work, she enjoys organizing in mutual aid, abolitionist, and Disability Justice spaces. 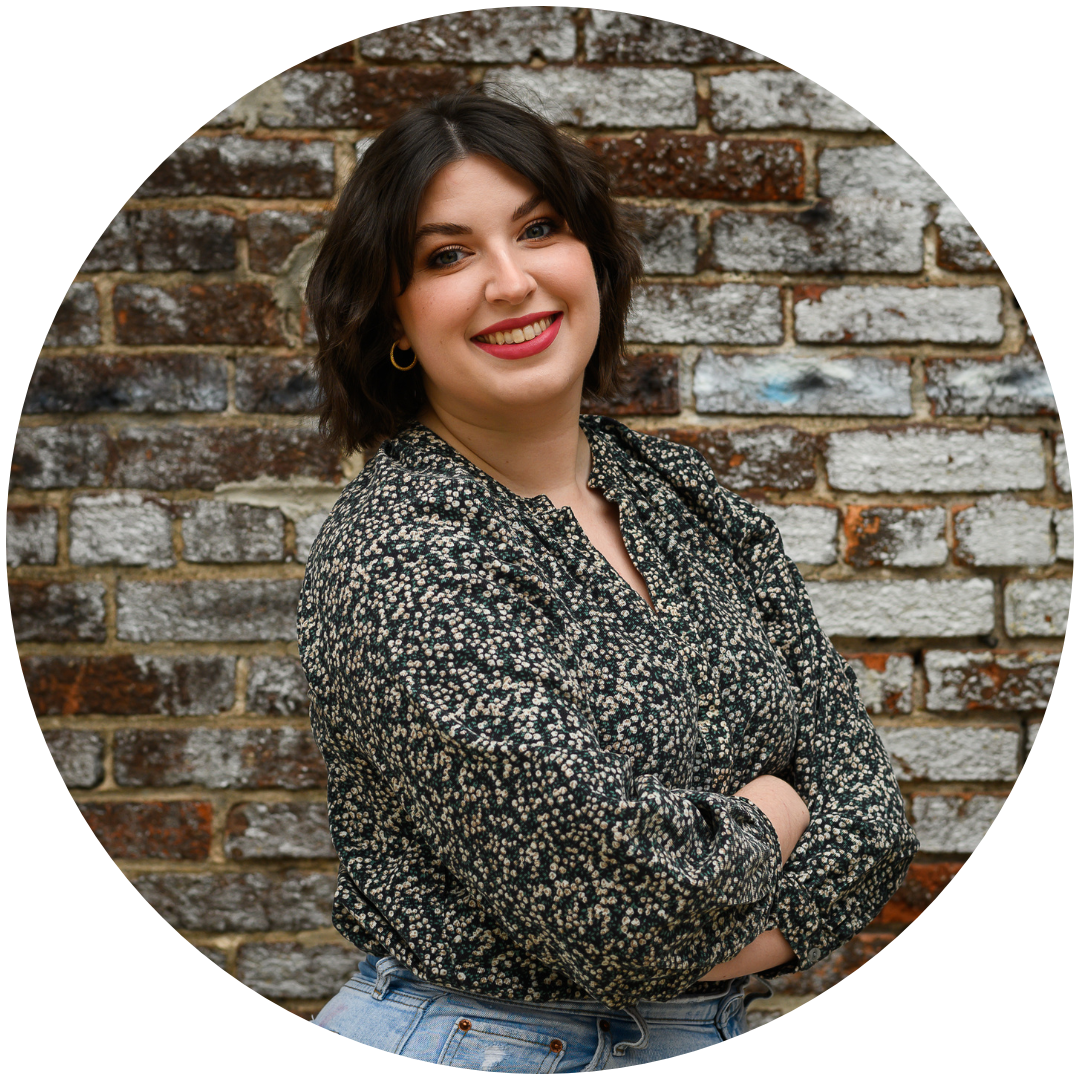 Devin (she/her) is a queer, pro-abortion Taurus. She is AFO’s first Finance & Operations Director, joining the team in January 2023.

Bringing a unique perspective to repro work, Devin received her Bachelor’s of Science in Forensic Chemistry and her Master of Arts in Law, Justice, & Culture from Ohio University. Her prior work includes administrative and financial compliance for Ohio-based Democratic campaigns, with a strong focus on progressive candidates, ballot initiatives, and nonprofits. Devin also worked with the Ohio Innocence Project, consulting on legal case reviews regarding forensic science analysis.

In her spare time, she loves baking and hanging with her cat, Ruth. 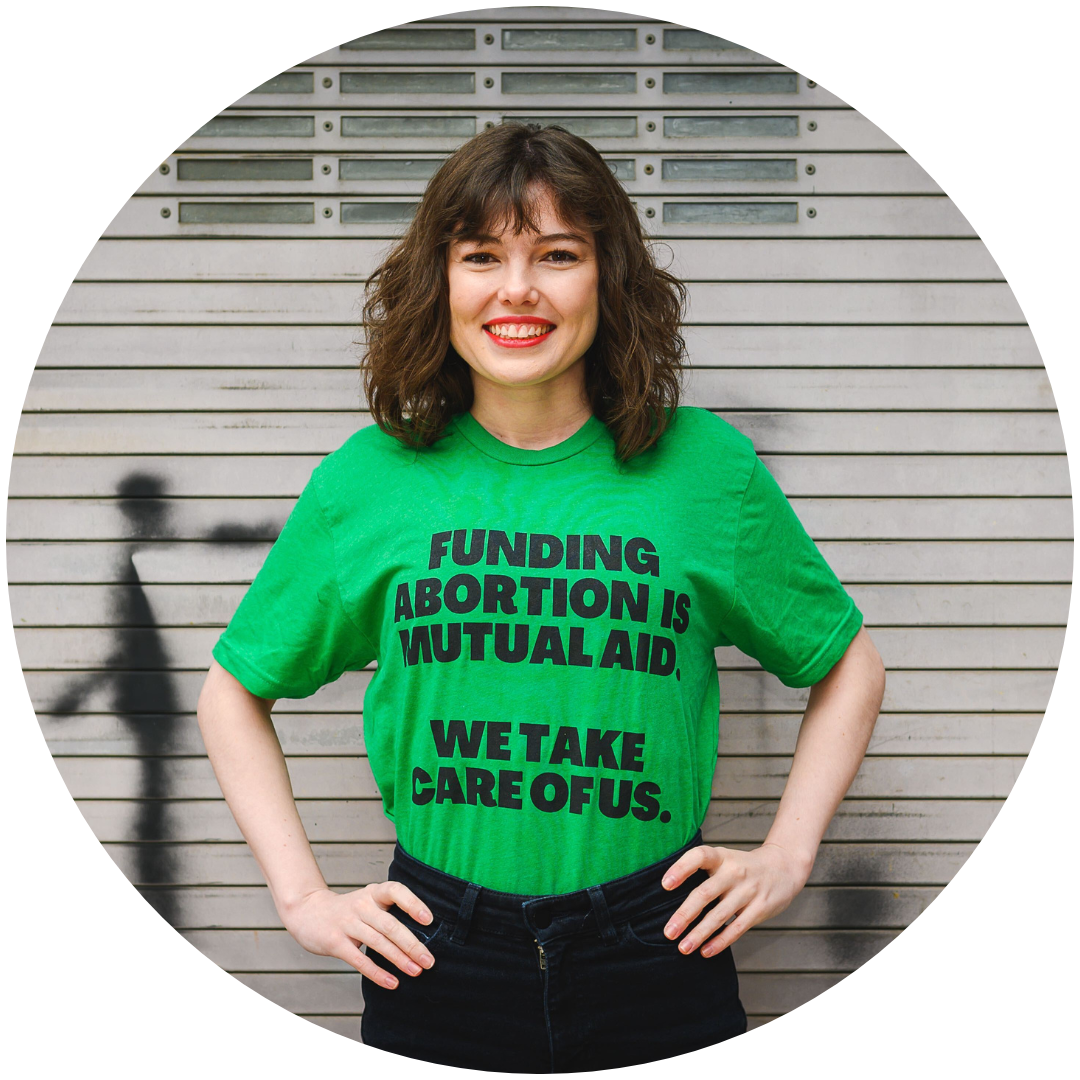 Morgan (she/her) is AFO’s Legal Access Fellow, taking the lead to launch a comprehensive legal assistance program for Ohio’s abortion seekers. Before joining AFO, she earned a JD and an MA in Women, Gender, and Sexuality Studies from the University of Cincinnati. Her thesis was on the intersection of labor, immigration, and capitalist politics and how it uniquely impacts women immigrant farmworkers in Yakima, Washington.

Morgan’s recent work includes a writing internship with Newsweek Magazine, where she published articles on social justice topics, including LGBTQ+ discrimination at religious schools, masculinity and body image, and the harmful effects of positive psychology.

During her Masters program, Morgan strengthened her repro repertoire at The UC Women’s Center as a Graduate Assistant. She routinely organized events to promote justice, action, and connection for women on campus while educating students on feminism and women’s rights. While in law school, Morgan worked in legal clinics, assisting low-income folks in navigating divorce, custody, evictions, rental assistance, small claim filings, and garnishments. 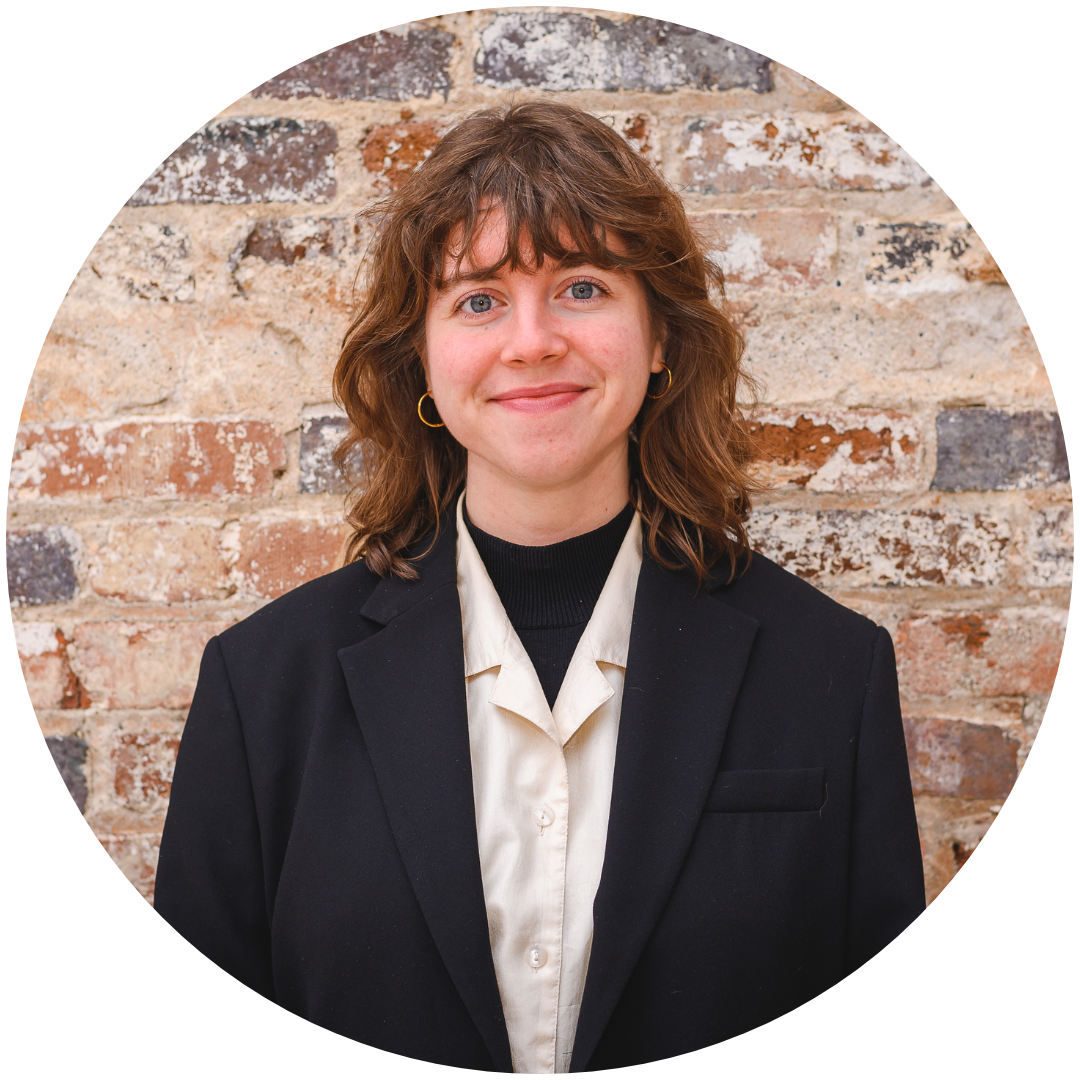 Sierra (she/her) is a skilled repro organizer, now sharing her knowledge as the Administrative Assistant for Abortion Fund of Ohio.

Prior to her role with AFO, Sierra was the Senior Field Manager of State Campaigns with Planned Parenthood Advocates of Ohio. A passion for policy and its impacts on everyday life was the catalyst for her entry into advocacy work in 2016. Before working towards expanding abortion access, Sierra worked as an early childhood educator. This role was foundational in creating her affinity for community-centered advocacy and education.

When she’s not organizing or advocating, Sierra can likely be found with her newly adopted kitten, Cheese!